Today, I’d like to tell you the frightening story that inspired us to invent Fabman. Think of it as a cautionary tale, a warning to anyone who’s going down the same path. Please, don’t repeat our mistakes!

It was the spring of 2011. We had recently moved Happylab – the first Fab Lab in Austria – from its damp cellar to a shiny, freshly renovated space in the heart of Vienna. On a particular day, one of our members was working on a new design – using our brand-new laser cutter. At noon, he must have felt hungry and, since the laser cutter was humming along peacefully, thought it would be safe to let the machine do its job and go for lunch. What could go wrong?

When he returned, six fire engines were blocking his way back to the lab. The firefighters were already getting ready to leave again, having just dealt with a serious blaze inside. 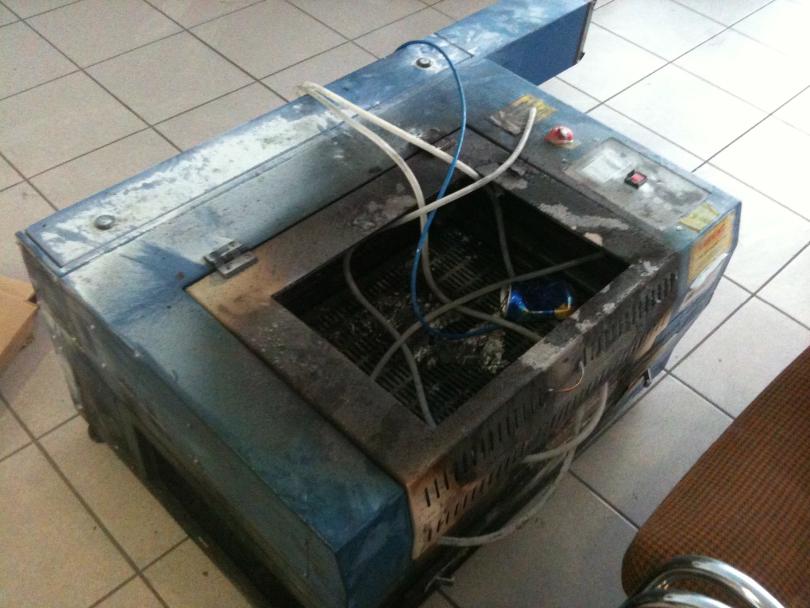 What happened? The laser cutter’s axis had gotten stuck, causing the laser to work on the same spot for a prolonged period. The plexiglass caught fire, followed by the laser cutter’s lid, followed by the whole ceiling. My co-founder Karim was in the lab’s office when it happened. He only noticed the fire when the power went out because the electrical wiring in the wall was starting to melt.

Thankfully, no one came to harm, but the laser cutter was beyond repair, and large parts of the lab were burned, charred, or covered in soot. We were devastated. We’ve always taken great care to educate members about the risks of using and misusing makerspace equipment. So we’d never thought something like this could happen. But then: who does?

We decided then and there that something needed to be done. We wanted to prevent such incidents from ever occurring again. One option was to reduce opening hours and make sure that one of us was always babysitting every person in the lab. But this would have limited both our flexibility and that of our members – and would have made Happylab way less customer-friendly. We needed a better solution.

We wanted to make sure that people always kept an eye on their machines. After some initial brainstorming and prototypes, we settled on putting a device between the machine and its power supply, enabling us to control when – and by whom – the machine was turned on and off. That was the birth of Fabman. Members would need to authenticate themselves every few minutes – so they could never wander off too far – or the device would cut off the machine’s power. It works just like the Dead Man’s Switch in a train.

The first version of what we now call the Fabman Bridge was quickly put together. We laser-cut a box out of plywood and put an Arduino inside. It worked great! It immediately reduced our operational overhead while making our makerspace much safer. A real win-win.

From there, we kept expanding the system whenever new challenges popped up, adding features like access control for doors, equipment reservations, and automatic billing. After some time, we needed only a single lab manager to oversee the operation of the entire Happylab Vienna – with more than 1700 members and 24 / 7 access!

Over the years, lots of people from other Fab Labs around the world came to visit us, many of them facing the same problems we did. When they saw our solution they wanted it, needed it, for their labs.

But the system was never intended for others. It was built solely around Happylab’s needs. A bunch of scripts, expanded as needed, grown over time. It wasn’t flexible or scalable, at all. But several lab managers kept nudging us to turn our solution into a product – until we finally agreed: in early 2016, we founded Fabman. 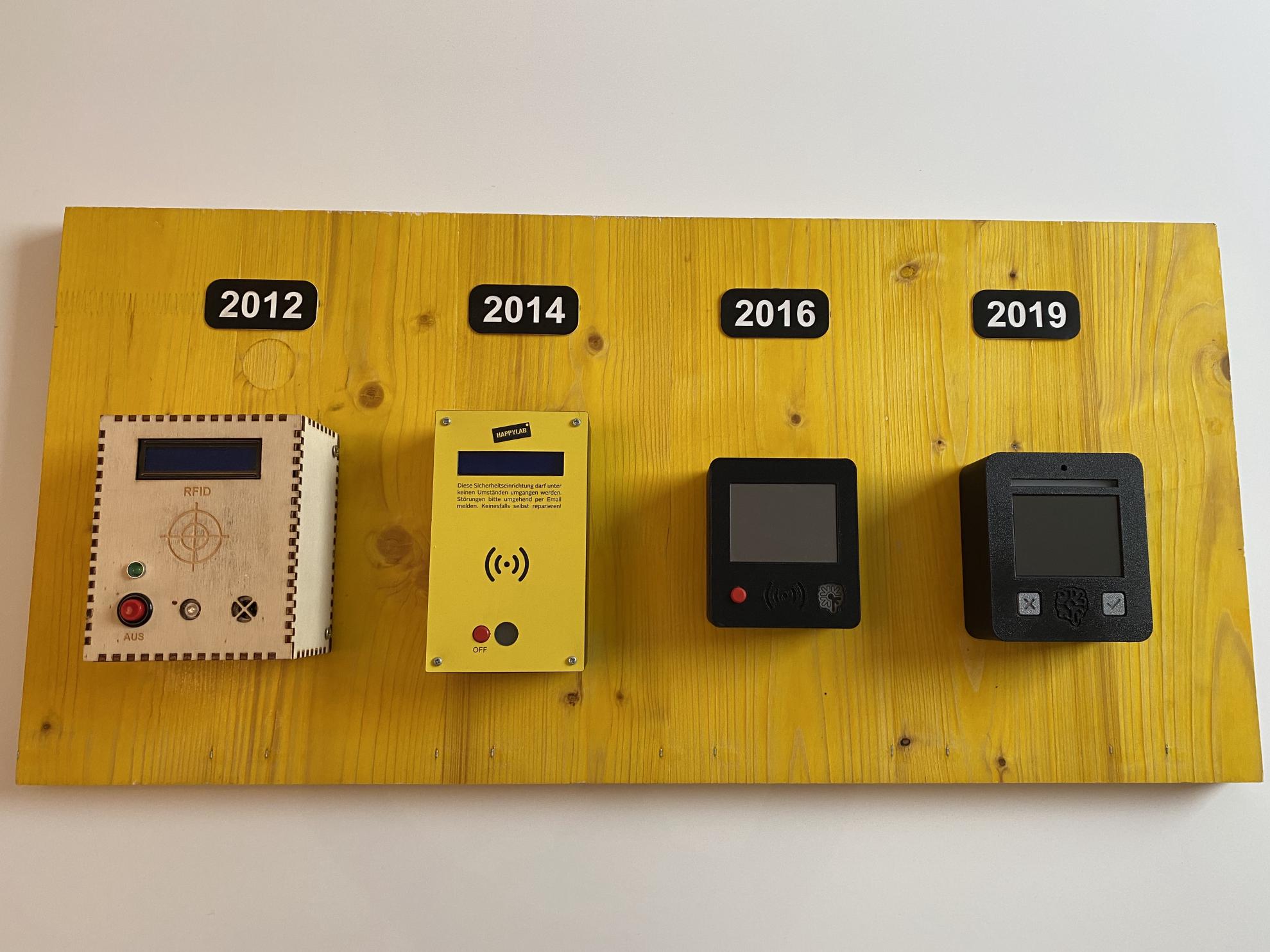 We had to rebuild the whole software from scratch, on a proper foundation. We had to develop a better Bridge hardware that any makerspace could use. And we made sure to include a powerful, open API so that everyone could adjust Fabman to their needs and create custom integrations.

Since then we’ve continued to refine the Fabman Bridge. And we kept improving the software platform, continually releasing new versions. We’re constantly looking for ways to make Fabman more useful. For instance, we’ve recently introduced QR-Codes as an alternative to RFID cards for member authentication.

Today, over 60 other labs and spaces around the world use Fabman to improve their efficiency and safety. In a way, it has become the operating system for fab labs, covering all the important safety and administrative needs they have.

But that’s our story. How are you addressing these needs in your makerspace? Let us know in the comments, and feel free to sign up for a free trial to see how Fabman can help you!

New in Fabman: Booking info on bridge displays (and more)